During these times of unprecedented political division, we think it is important to move beyond the debates and try and get a sense for how we got here. We believe the solution starts with a closer look and deeper understanding of the societal impact of “shareholder first” cultures.

We believe a critical step in reuniting our country starts with doing away with the pervasive “shareholder first” philosophy by recognizing its role in the long-term deterioration of the American family, as well as the strength of the American workforce.

The shareholder first mentality, originally coined by economist Milton Friedman in the 1970s, is a theory centered on the belief that shareholder performance is the only real responsibility held by a business.  Friedman stated, “there is one and only one social responsibility of business—to use its resources and engage in activities designed to increase its profits so long as it stays within the rules of the game.”

This philosophy, embraced by Wall Street and implemented by Corporate America over the past 40 years, has led to widespread employee uncertainty, creating frustration and hopelessness that eventually finds its way into our homes, our children and our friendships. The mentality in which cultural responsibility and employee certainty are traded for short-term results has wreaked havoc on workplace cultures and, in my opinion, has played a significant role in the current division of our country. A divide that unless addressed today, will only deepen in years to come.

With that in mind, we wanted to introduce the book, The Code of the Samurai, along with this brief summary of the Bushido code. The book, written as a propaganda piece by a young, western educated Japanese author following WWII, has gained international notoriety, yet has very little following in Japan. Without diving into the book’s original purpose, we believe the Bushido code represents values on what it meant to be a Samurai, or “one who serves.” More than their physical strength and reputation, the Samurai embodied intense pride and commitment to protecting Japanese values.

While the term culture is used throughout organizations far and wide, it is important to define not only what the culture of a company encompasses but also how it is deployed within the organization and how it will impact the relationships of the organization.

Company culture can be defined as the shared set of goals, values and practices that characterize an organization. Before defining the underlying values of the workplace culture, we must understand how those values will impact employees, partners, clients, and shareholders. By way of example, culture first organizations that emphasize employee values over profits, such as Barry-Wehmiller Manufacturing and Marriot International, have a greater long-term impact on profitability and shareholder value.

In a similar respect, the eight codes of the Bushido were built upon a foundation of community and oneness. This Code of the Samurai, encompasses what it meant to be a Samurai, or “one who serves.” The positive effects of the application of the values embodied by the Bushido Code on a company are both observable and measurable.

The Samurai were devoted to protecting their communities and families throughout many centuries of Japanese history. More than their physical strength and reputation, the Samurai embodied intense pride and commitment to protecting Japanese values.

While their role evolved, their commitment to their values continued to define how they lived their lives. The eight Codes of the Samurai served to guide the Samurai on his journey. Modern Japanese values and culture continue to honor the basis that the Bushido Codes were founded on. 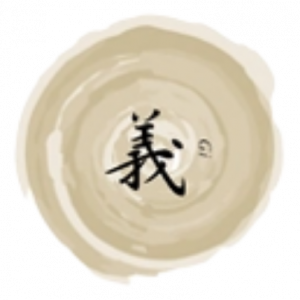 1. Justice, also referred to as Rectitude, is one of the strongest guides for the Samurai.

“Rectitude is one’s power to decide upon a course of conduct in accordance with reason, without wavering.” For example, to die when to die is right, to strike when to strike is right.

“Rectitude is the bone that gives firmness and stature.” Without bones, the head cannot rest on top of the spine, nor hands move, nor feet stand. So, without Rectitude neither talent nor learning can make the human frame into a Samurai.

Our Take: Justice and Rectitude inspire our words and actions daily. We maintain that our words and values are the key to our success in a rapidly advancing digital age. Our word and culture are paramount to our product.

2. Courage is practiced in partnership with Justice. The Code of the Samurai notes that Courage is best practiced with the knowledge of what is right. 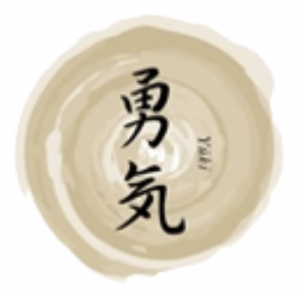 Courage is best defined as “doing what is right… and not doing it not, argues a lack of courage.”

Our Take: Courage is executed through the lens of understanding of what is right. Without this knowledge and prudence, a Samurai cannot be truly courageous in his actions. In the modern age, courage is not simply defined as being brave, the Code of the Samurai inspires us to act sensibly in the face of the unknown. 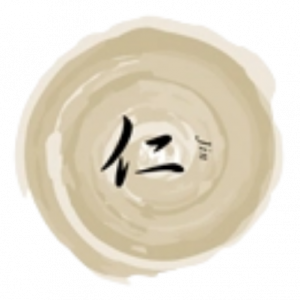 “The brave warrior keeps apart the ear that might listen to the warbler’s song.”

Our Take: It is often said that with great power comes great responsibility. Business is increasingly motivated by gain, so it is important to recognize the people that our values and services impact. Magnanimity is the virtue of being great of mind and heart, and we believe that success comes from the considerate pairing of our intellect and compassion. Compassion as a pillar for how we treat our team, our partners, and especially our clients.

4. Respect and Politeness are in support and benevolence for all. Everyone deserves the fundamental code of respect. 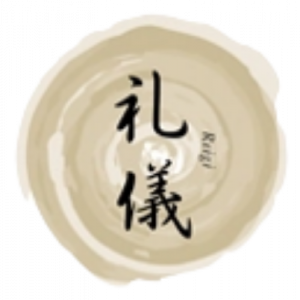 “Politeness should be the expression of a benevolent regard for the feelings of others; it’s a poor virtue if it’s motivated only by a fear of offending good taste. In its highest form Politeness approaches love.”

Our Take: Many organizations are undermined by the ego of the leadership. Flat organizations that can move beyond the image or reputation of a single leader allow teams to share success and accountability. We interpret the Bushido Code of Respect and Compassion as relating to doing what’s right for the team, partners, shareholders, and clients. By creating an atmosphere of respect and consideration throughout our network, allows us to build and grow deeper connections throughout our network.

5. Sincerity, or integrity, means commitment to one’s words with their actions.

“Sincerity is the end and beginning of all things; without Sincerity there would be nothing.” 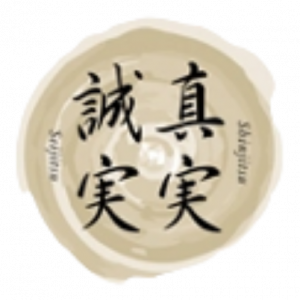 Our Take: The promise to serve clients, teammates, partners, and a company’s global network is paramount to the success of a modern business, especially as it relates to social media and reputation management. A commitment to honoring one’s words with actions, demonstrating that truth is best exhibited through the relationships built with teams, clients, partners, and networks.  The ability to do what we regardless of industry, become central to a company’s brand, reputation, and culture.

Maintaining the sincerity of our words is fundamental to our values.

6. Honor – The Samurai believed honor to be as important as one’s name. The support and steadfast commitment to the Code of the Samurai fosters the honor and essence of a Samurai. 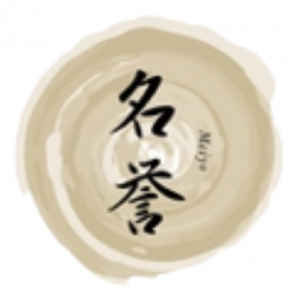 “It must be admitted that very few attained this sublime height of magnanimity, patience, and forgiveness. It was a great pity that nothing clear and general was expressed as to what constitutes Honor; only a few enlightened minds being aware that it ‘from no condition rises.’”

Our Take:  Compassion and Respect are central themes to building and maintaining successful to culture first organizations.

7. Loyalty – The Samurai, who considered themselves men of service, were unconditionally loyal to those to whom they were indebted. Their Honor inspired them to maintain commitment and loyalty to themselves, their families, and their communities.

“It is only in the code of chivalrous honor that loyalty assumes paramount importance.”

Our Take: Like the Samurai, business must remain loyal to its values and communities in times of struggle and prosperity.

8. Self-Control – The Samurai believed they must maintain steadfast commitment to live  by the codes they follow. Even when faced with challenge or danger, maintaining self-control was critical to living for their life and career. 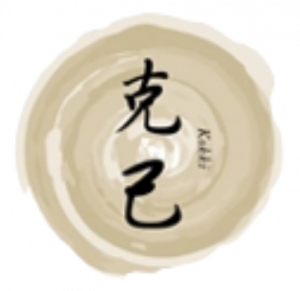 “The discipline of fortitude on the one hand, inculcating endurance without a groan, and the teaching of politeness on the other, requiring us not to mar the pleasure or serenity of another by manifestations of our own sorrow or pain, combined to engender a stoical turn of mind, and eventually to confirm it into a national trait of apparent stoicism.

Challenges present themselves every day, especially in light of Covid-19 and the political differences of the country. We have developed personalized strategies to promote access and speed in the digital marketing industry. We believe in teamwork and Loyalty to anticipate, solve, and develop strategies to counteract the challenges met by small to medium-sized wealth and asset managers.

How we treat our workforce matters and as business leaders, the change starts with us. The adoption of a culture-first philosophy within company structure can lead to long term corporate and societal success. It is important to recognize that our responsibilities as a leader to our team are much more important than what is currently considered optimal output.

A great team can always turn average ideas into something great, while average teams will easily ruin a great idea. 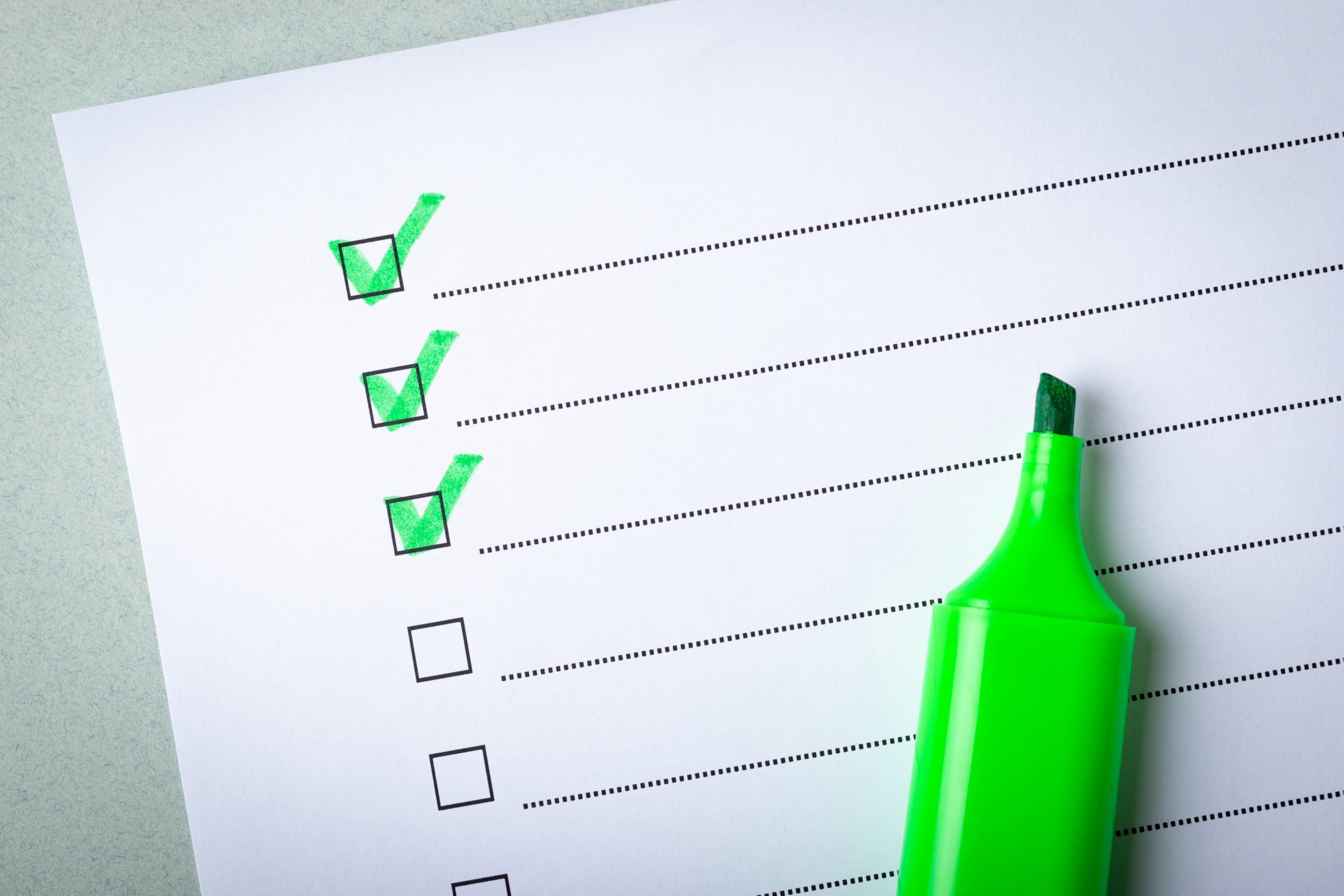 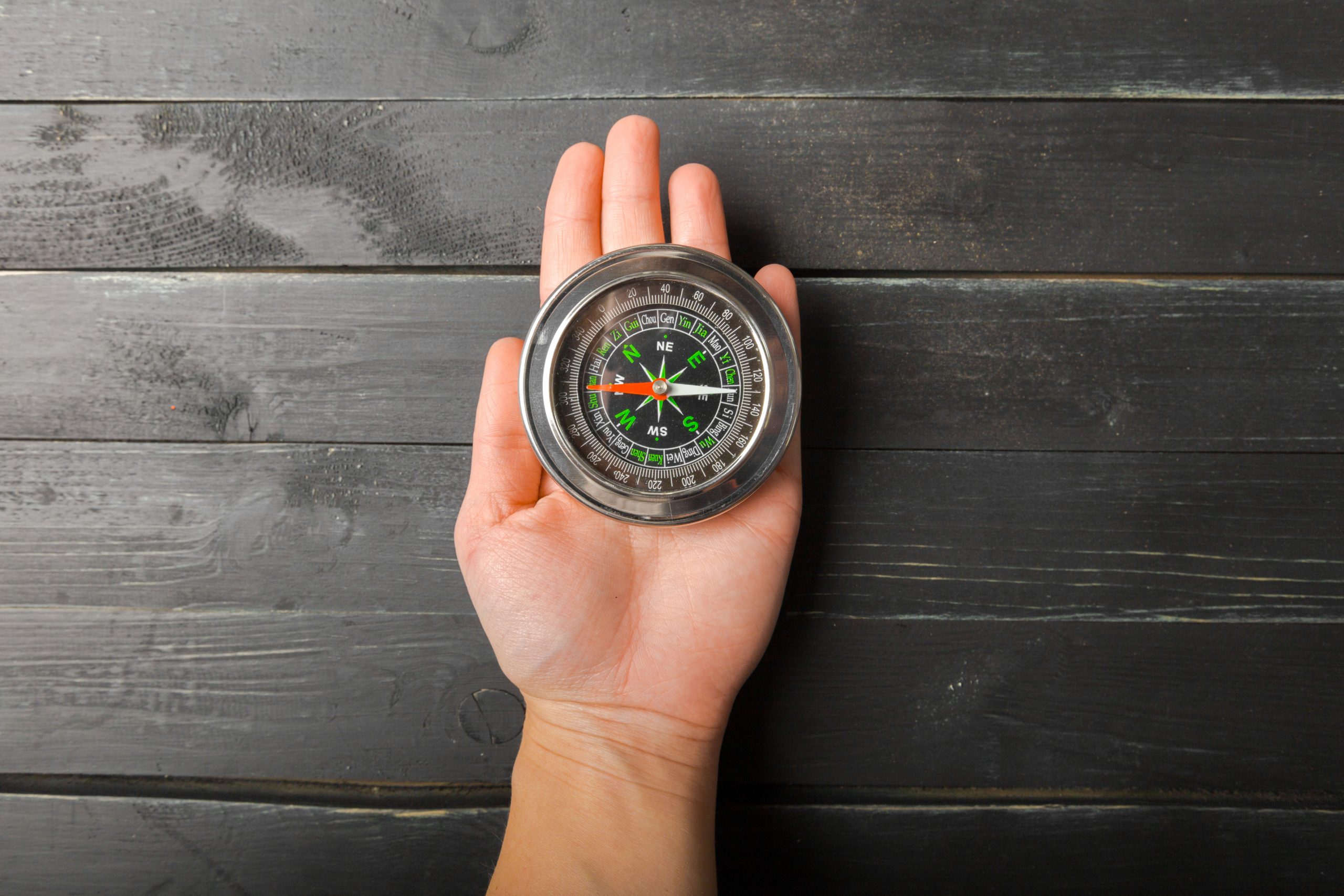 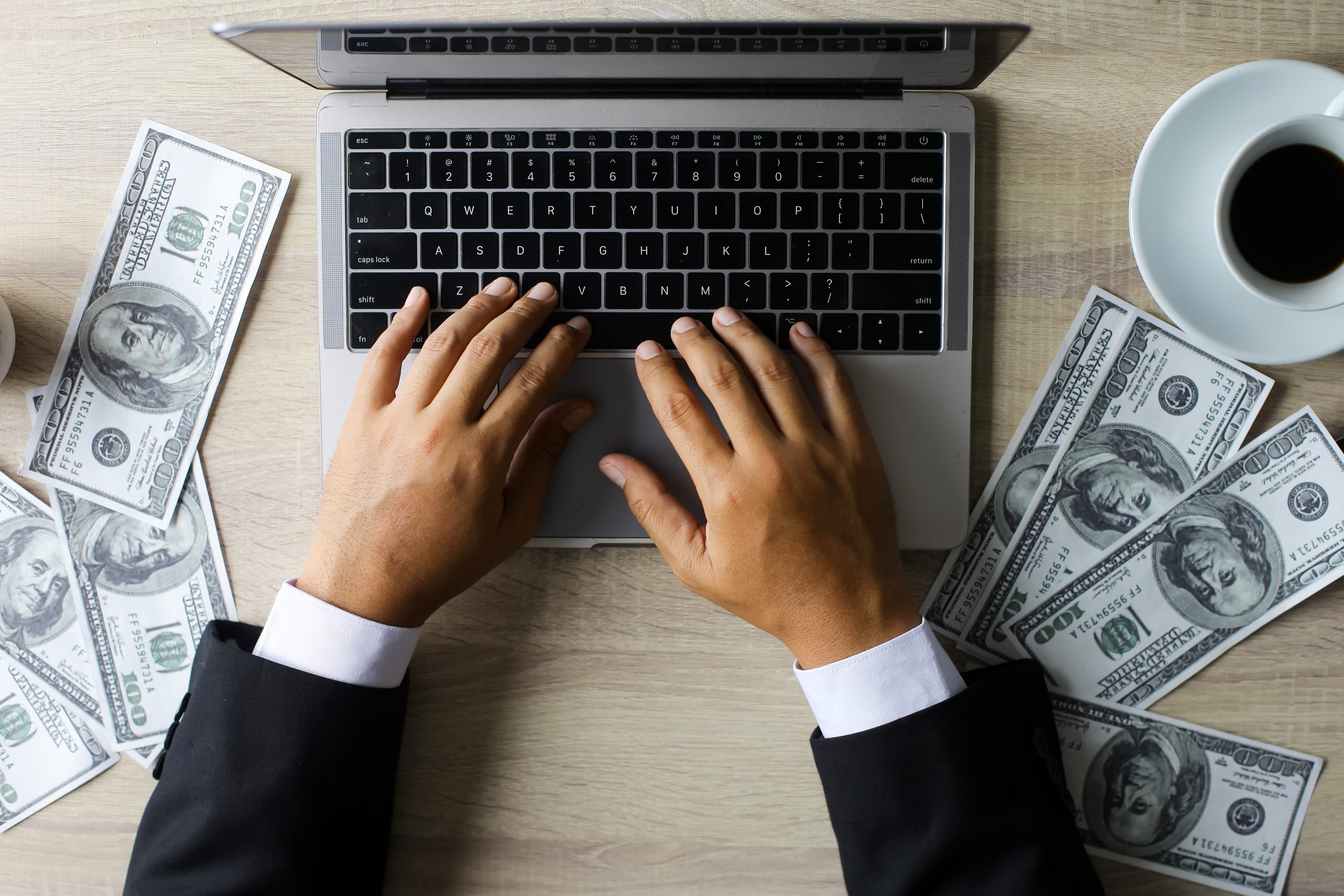 How Social and Digital Media are Impacting Fund Distribution 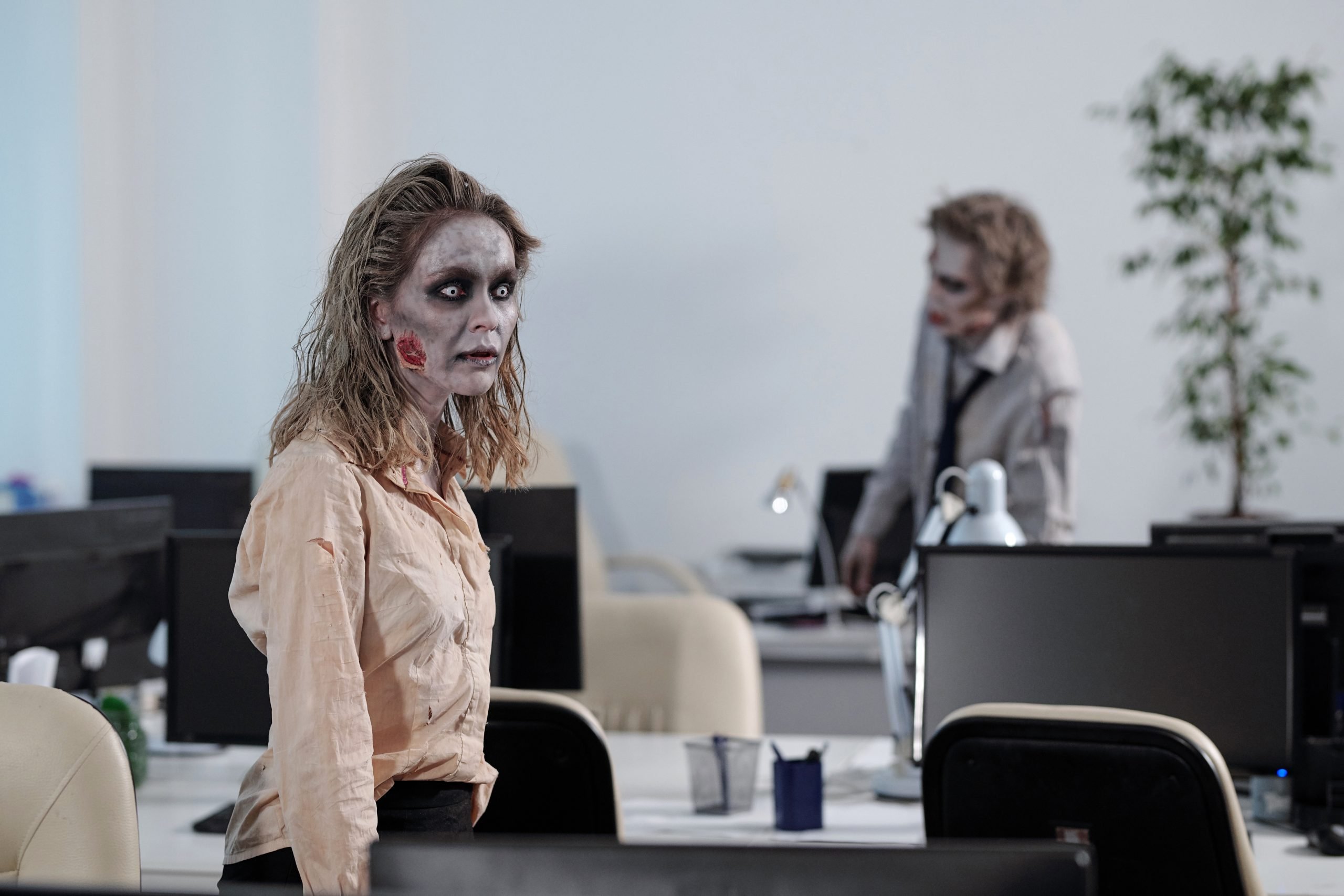 Will you close your next fund on-time and fully subscribed?

We use cookies on our website to give you the most relevant experience by remembering your preferences and repeat visits. By clicking “Accept”, you consent to the use of ALL the cookies.
Do not sell my personal information.
Cookie SettingsAccept
Manage consent

This website uses cookies to improve your experience while you navigate through the website. Out of these, the cookies that are categorized as necessary are stored on your browser as they are essential for the working of basic functionalities of the website. We also use third-party cookies that help us analyze and understand how you use this website. These cookies will be stored in your browser only with your consent. You also have the option to opt-out of these cookies. But opting out of some of these cookies may affect your browsing experience.
Necessary Always Enabled
Necessary cookies are absolutely essential for the website to function properly. These cookies ensure basic functionalities and security features of the website, anonymously.
Functional
Functional cookies help to perform certain functionalities like sharing the content of the website on social media platforms, collect feedbacks, and other third-party features.
Performance
Performance cookies are used to understand and analyze the key performance indexes of the website which helps in delivering a better user experience for the visitors.
Analytics
Analytical cookies are used to understand how visitors interact with the website. These cookies help provide information on metrics the number of visitors, bounce rate, traffic source, etc.
Advertisement
Advertisement cookies are used to provide visitors with relevant ads and marketing campaigns. These cookies track visitors across websites and collect information to provide customized ads.
Others
Other uncategorized cookies are those that are being analyzed and have not been classified into a category as yet.
SAVE & ACCEPT
Powered by